Alan November (@GlobalLearner) opened up the inaugural EdTechTeacher Innovation Summit. An international leader in education technology, Alan began his career as an oceanography teacher and dorm counselor at an island reform school for boys in Boston Harbor. In 1984, while working a computer science teacher in Lexington, MA, he became one of the first teachers in the world to have a student project online – a database for the handicapped. In his career, he has been director of an alternative high school, computer coordinator, technology consultant, and university lecturer. Today, he helps schools, governments, and industry leaders improve the quality of education through technology.

Alan then shows an image of a smart toilet. 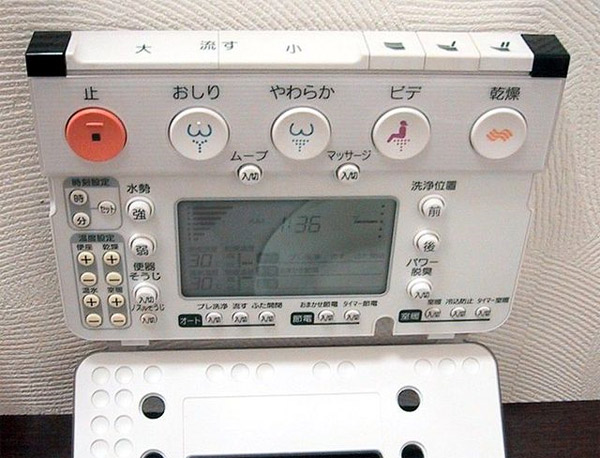 He then tells the story of his experience in a “smart” store to try out this smart toilet. On top of having a remote control, then toilet also has a computer chip in the bowl that analyzes what ends up in there and then sends data to your doctor. Alan then says to imagine what may come to the Apple Watch. How this idea of technology detection could change the relationship between the doctor and the patient. Currently, the patient receives information from the doctor. However, with this smart technology, the information comes directly to the patient and by-passes the doctor. As we move into the future, we will start to have the Internet of Things. This notion that all objects will speak to each other and constantly provide data to the end user. We’re moving towards this connected world – the flow of information will become the revolution. Not the device.

Who Owns the Learning?

Alan thinks that the big revolution may be the shift of control. Think about the story of the toilet. In our current state, the doctor has the control in a doctor-patient relationship. Not with the smart toilet. This same thing now applies to our current state of education. However, who owns the learning? What is the role of the teacher now that the Internet has been invented.

The big story is the shift of control, but that only works if the end-user (the student, the guy with the toilet) knows what to do with that information. Right now, Alan owns the learning. We are all sitting here listening to him.

Are Students Being Given the Right Information at the Right Time to be the Best Students that They can be?

The flow of information is critical. Who gets it, who had it, and what do they do with it? We know that immediate feedback is more powerful than waiting 24 hours for a teacher to give back an assessment. Currently, schools are designed to delay feedback. However, the human mind is predetermined to receive feedback within a half of a second. We need to move feedback and assessment to the student in order to support learning.

With game theory, it was only when computer screens could display inside a half of a second that video games took off. Think about coding. It’s the ultimate example of immediate feedback. Students can instantly get feedback when they write a code. Imagine if a real coder had to wait two days to get feedback about a line of code. Nothing would ever move forward. Students thrive with coding because of the immediacy of the feedback.

While Alan said that there is nothing wrong with giving students assignments and then returning it later, it is a detriment to their learning. He then shows Wolfram Alpha. Think about how it changes the shift of control from teachers to learners as it can compute every math problem, balance every equation, or provide every derivative of a word. He tells the story of explaining Wolfram Alpha to a calculus student. After realizing that he could have typed every equation into the search engine and then received immediate feedback, the student was angry. He had essentially been two days behind for the entire year, trying to understand, and waiting for feedback. Alan thinks that teachers should talk less and listen more. Students should come into class and allow the students to just get to work. In Singapore, the mantra is “teach less and learn more.” They constantly study, research, and work to improve teaching and learning.

Going back to the story of explaining Wolfram Alpha to the group of calculus students. The teachers in the school were outraged that Alan had taught the students “how to copy. How to cheat faster.” Right now, learning as we have defined it is based on memorization and a predetermined set of problems. Maybe the challenge is to give more authentic problems.

Day one of school, according to Alan, is the most important day for teaching students to ask questions. He then tells the story of a teacher named Jessica Cavainess (@MrsJCavainess) who teaches all of her math students by providing problems and then asking them to figure out the equations. Rather than keep the same problem, we need to change the nature of the problems.

The Internet has shifted the control of the classroom. It has created an environment for problem seeking in that it provides for immediate feedback.

Alan thinks that if the answer is “no” to all of these questions, then all of the technology being used in a school is just new tools doing old jobs. Alan then begins by talking about how students often just “Google” the answer to an assignment. However, most students do not understand how Google works or how to interpret the device. What questions are teachers asking? What can teachers learn about their students as they try to solve a homework problem? At West Point, when a student looks for information, they ask, “what’s missing?” In most cases, the students do not know how to critically think about searching for information or how to analyze what they find.

When we teach students to read, we begin to teach them how to use reference sources and find information. However, we also now need to teach them a new definition of literacy and how to use the tools of the Internet in order to better analyze the information presented. There are levels of being literate. At the basic level is syntax and punctuation. However, that becomes inadequate. Students need to learn to think about the context of the mechanics.

We have no idea where are students are going. They will be making critical decisions in their lives, so it is our obligation to teach them to be critical thinkers. We have to prepare them for the world that they will enter. Right now, not only are we not teaching students the critical thinking skills, but most times we are rewarding them for bad habits. Do teachers deeply understand what students may do when they approach assignments?

Alan loves this concept. He has been influenced by John Hattie, a researcher from the University of Melbourne. He did amazing studies for how to improve learning. The number one skill for students is self-assessment. As an example, Alan shows Prism – a tool designed to provide teachers with an analysis of an entire classroom analyzing a text. The teacher can put any text into Prism and then gets three colors with which to create rubrics. Students then highlight the text using pre-determined highlight colors for self-assessment of interpretation of the text. Instantly, the teacher has a view of the student reactions and analysis of the text. With paper, neither teachers nor students have the right information at the right time.

Alan has been in so many schools that are technology rich and information poor. They may have devices but now the power to use them. This also raises the question of what is the quality of the relationships? What is the power of anonymous learning? What will students do and share when they do not feel as though they are being judged or evaluated by either the teacher or the other students. How can technology and making thinking visible make every classroom safe for every learner?

To wrap up the conversation, Alan shows Kathy Cassidy’s blog. One of the class jobs for her first graders is to be the documentarian. Every few days, the students share their photos and their learning. This is both in class as well as via other channels like Twitter.

Another job in the class is to be on the Tweet team. They need to see what the other classes that they follow might be sharing out. As a teacher, when following seven other creative teachers from around the world, there is instant, built-in staff development. At the same time, the students are thinking about what they may want to learn based on what they discover from the other classes.

When the students want to learn something new, Kathy teaches her students to learn how to learn from the other classes. So, are the teachers sharing how they learned or what they already know?

In the age of the Internet of Things, there is so much coming and so much requirement to learn your entire life that teaching people how to learn how to learn may be more important than knowing what the teacher already knows. The role of the teacher in the age of the Internet will no longer be solely based on their knowledge of their subject. The real value will be in how they teach their students how to learn how to learn. The age old debate of process versus content. For a long time, we have been losing out to content. Now is the time to shift that conversation to the process. Previous StoryInterview with our Co-Founders, Tom Daccord & Justin Reich
Next StoryHighlights from Day 1 of #ettSummit