I recently visited a French foreign language class and the teacher asked if I had ever hear of Henri the Cat.  I take a tiny bit of pride in attempting to know everything that is on the internet, but I had never crossed paths with Henri.  The teacher quickly pulled up Henri and we watched and laughed out loud with the students.  If you have never seen Henri, I suggest you take a few minutes to watch part one…

Before I left the class, I asked the teacher if she would be interested in having her students create similar style films about our high school.  With our fresh set of iPads with iMovie installed, I quickly described how we could have students shoot video throughout the school and later edit with English subtitles and French voice-overs.  She was game for the project, and we started the the following Monday.

One of the finished products:

Once all videos are exported and published to YouTube, I pulled them all together on a project site that was created using Wix.  One a side note, Wix just upgraded their platform to include HTML5 templates, this allows the full site to be viewed perfectly on an iPad.

Here is our Ode to Henri project site, that includes the rest of the group videos. 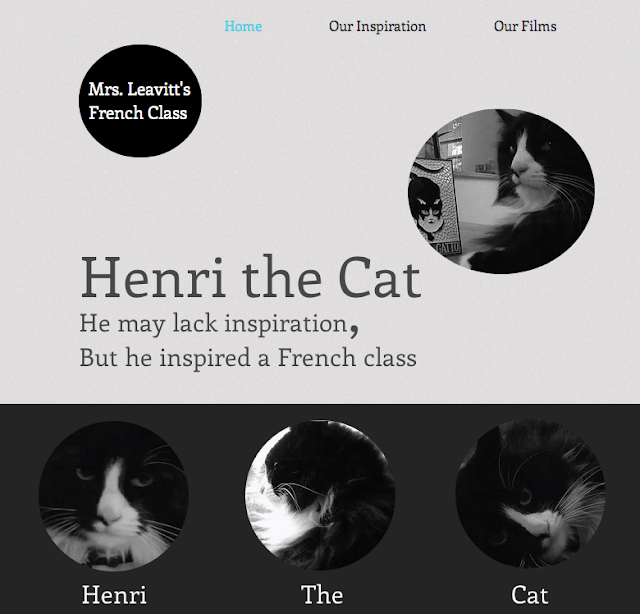